I wrote a few words about him here-

I never got past LONS really.. just kinda think Busta went thug and got a whole lot interesting to me.. Dinco D and Charlie Brown just seemed to balance him out.. still rocking The Inner Minds Eye.. 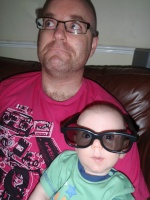 MisterTee wrote:I've been getting all 1996 of late having heard the man's recent guest spot on the Chris Brown track.

I can't believe they sampled my vocal and I didn't even get a credit. Those aren't just any old pigeon noises!

Although I was never a huge Busta fan, the juxtaposition of him and Lil Wayne on that track goes a long way to demonstrating what an utter waste of space the latter is.

i got into busta later in his early carreer? if that makes any sense.
i spent a lot of years away from hip hop, only scratching the surface of it whilst in deep house heaven, so only caught his collabs and no leaders stuff.
i eventually started full time hip hop again in the second part of the 90's and jumped on alot of commercial stuff and found LONS through my man johnny bluff so busta floated my boat till about his 3rd solo album, then i realised he was now guff lol.

where once was the rhymes, now im afraid he has lost that sense of rhyme and humour that made him appealing, im amazed he still makes money from it, it all sounds terrible now

raow! raow! Like a dungeon dragon! - I know it's really a Quest track but still love it..

Anyone ever heard the original "Scenario", I think it originally featured De La Soul and apparently has the sickest bars from Pos. But i've never heard it.