Seems like a few of us on here enjoy gaming now and again, hence the thread.

What are you all playing now, and what's on your 'must buy' list?

Jam wrote:Seems like a few of us on here enjoy gaming now and again, hence the thread.

What are you all playing now, and what's on your 'must buy' list?

i love a handheld system myself, but never get the chance to play it. recent favourites i have pplayed tho is gta china town on nds and i love playing outrun on my psp.
my 10 yr old is a wii freak, shes proper good to so i generally just watch her

At the moment it's GTA Chinatown on the NDS, but I'm also totally addicted to House Of The Dead: Overkill for the Wii. It was made especially for the Wii and is very gory (I'm suprised Tarantino wasn't involved) and Pulp Fiction~esque with the language to boot. The other HOTD series have taken themselves very seriously and this is the exact opposite.

I used to be a pretty hard core gamer, but now I just never have the time and patience to really sit through long games with lots of plot even though they were my favs growing up.

So I buy most my games for the psp, just completed X:Men Legends 2. Loved it, they really f*cked up Marvel Alliance (which I have for the ps2) So i'm kind of dubious about Marvel Alliance 2, hopefully its a return to form.

Also just playing a Tony Hawk game at the minute Project 8, which has UD on the soundtrack.

Just saw DJ Hero in Game today. The tracks are pretty lame so I won't be going for that one!

Left For Dead is my fav, pretty damn good online too. EA skate is dope. DJ Hero is good fun but I feel I should be on my Technics really!

Xbox 360 for me, i'm waiting for Modern Warfare 2 really.

I was playing Batman: Arkham Asylum for a while and before that I lost a long time to Fallout 3.

Just bought a 360, some good bargains out there now that xmas is approaching.

Got the 360 with 120gb hd, 4 games (Brutal Legend, Borderlands, Lego Batman, Pure), + 2 controllers and a headset for 200. So that should keep me going a while, my friends always go on about playing COD online, so I have to get into that.

I have played COD online for hours and hours, MW2 should be dropping through my door tomorrow so there goes my social life for a while.

That Airport mission is harsh.

I'm hoping to pick up modern warfare 2 this week. Other than that making my way through Arkham Asylum and Resistance 2 very slowly. Hardly seem to get an opportunity to play these days. Oh yeah, Lego batman on the psp.

Good call on HOTD: overkill, played it quite a bit when it came out but haven't been back to it for ages. Loads of humour in it, and more swearing than I've heard in any other game! 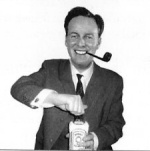 Loving it so far, got it online and I am pretty addicted to Borderlands.

If anyone on here wants to add me, my tag is JRSOneXBox

I've ben addicted to online MW2 since it came out, if anyone fancies a game on Xbox live my GT is mrpauliewalnuts

i can't hang with all the new, fancy games. i'm a big fan of old school stuff, but it's so damn hard to play with no save points (megaman, for example), but i admit, i'm a huge zelda fan...i just might own them all. and play them over and over again.

i played a long time WoW - but i stopped it because of my exams for my bachelor..
this is about one year ago.. will not play it again..

Lindy wrote:i'm a huge zelda fan...i just might own them all. and play them over and over again.

I'm glad to see there's lots of love for Modern Warfare, occasionally you'll find me on there playing multiplayer but tragically I don't have a headset so feel free to add me

I've also started playing Zelda on the Wii but it's exceptionally addictive luckily I only get to have a go when I'm back home.

Well recently I completed both Bioshock, Resident Evil 5 and Bayonetta. Both great games.

So my time over the next few weeks will prob be split between Dragons Age and MW2.

This is the only kind of school performance I ever want to see. love.

YESSS. We win. On an semi-unrelated note, I'm a huge fan of Halloween and such, so last year I made the BEST princess peach costume ever, but i couldn't find anyone willing to be mario. So sad.

The night turned out to be such a bust that I'm wearing the costume again this year since no one saw me in it and I felt slighted sans mario (although I did meet one at a terrible party). Hopefully by October, I'll have the whole mario cast to go out with!

@Tim:
twilight princess is wicked fun. before the wii came out years ago, I had pre-ordered it for my game cube (nearly a year in advance because I'm just that nerdy). THEN they (Nintendo) announced that they were postponing its release for another 8 months or something like that. THEN they said they weren't releasing it on game cube AT ALL!

I was so mad that even after they decided to do the dual platform release, I didn't buy it (because I'm a stubborn brat). I became busy with university and such so I wasn't too bothered...but I couldn't stop thinking about it. My younger brother knew I wanted it badly, so he bought it for me for Christmas two years ago.

I haven't played the wii version, but I don't doubt it's even more fun than the one I have! I think my favorite part about that game was my two room-mates, both girls and NOT into video games at all, would become engrossed in the game while I was playing and watch me for hours! I'd always try to get them to play, but no dice. Hilarious.

I've just finished Bioshock 2 and replayed Bioshock. Must admit the new one is good, but it doesn't have the same charm as the original. The storyline is also nowhere near as good.

I'm also a long-time CoD player, but I'm growing tired of it, MW2 was a disaster for the PC, whereas I'm all played out of CoD4 & 5. I co-run a PC Gaming Clan and we're looking towards Alien vs Predator (when it finishes the dedicated server beta) and Battlefield Bad Company 2 for something fresh.